In the late fall of 2014, the U.S. Navy Crane Center agreed to work with Samson and Manitowoc for a one-year trial of K-100 at the Naval Station Pearl Harbor and Newport News Shipbuilding in Virginia. As the one-year anniversary of the installation approaches, we decided to check in with Navy Crane Center to see how the Navy’s newest recruit was performing.

When the lines were first installed, Navy Crane Center was very skeptical. Sure, they liked the idea of using lines that were 80 percent lighter than wire and would be easier and faster to reeve, lift, and ship, but they didn’t have any experience with synthetic crane ropes beyond nylon ropes. They expected that K-100 would behave like nylon and would dramatically stretch as soon as heavy loads were applied to the line.

In fact, if the line had shown significant stretch or bounce, it would have been an automatic fail. That wasn’t the case with K-100: the first few lifts condition the rope and remove constructional elongation, which can lengthen the rope about 2 to 3 percent. Once that constructional elongation is removed, K-100 is functionally comparable to wire, with no observable difference in the load stability.

According to Navy Crane Center, everyone has been very impressed with the performance of K-100 at both locations. They haven’t needed to change or adapt any of their standard operating procedures to accommodate the new lines. They hoped it would perform at least as well as wire with the same strength and reliability, and it has. There hasn’t been any downtime reported. If the rope dives during spooling, it’s easily reversed with no damage to the line.

Since K-100 is still in the evaluation stage at these Navy locations, they inspect the lines frequently for wear and other possible anomalies. Once the inspectors were trained on the proper handling and inspection of synthetic ropes, they found it to be quicker and easier than wire. It’s not covered in grease like wire; it’s lighter and easier to lift; and an inspector can pinch open the line and examine the rope’s interior strands for wear and damage, which is something that’s impossible to do with wire. So far, the team is pleased that both lines are performing as Samson promised they would.

One unexpected perk surprised Navy Crane Center. During the late shift when the light is dim, workers said they liked the visibility of K-100 much better; the orange color was easier to spot and grab compared to the dull, flat tones of wire.

Another reason to use K-100; if spooling issues were happening frequently for a crane team, switching to K-100 could help mitigate line damage caused from diving or birdcaging. Another possible opportunity is using K-100 on boom hoists on portal and floating cranes due to the time and difficulty of lubrication. Traditionally, boom hoist lines require a lot of expensive lubrication. K-100 doesn’t require grease, so switching from wire could realize a large cost savings for labor and lubrication, which can easily top $450 a year per crane for the grease alone.

So, with all this good news about K-100, will the Navy advocate the use of K-100 on its cranes? When they took off the trial ropes at Pearl Harbor for testing, they ordered new K-100 replacement lines rather than go back to wire, and they’ll be issuing a report based on their experience recommending its continued use.

Samson leveraged fiber, coating and rope construction technology to produce the K-100. It’s made from a combination of high-performance fibers, including Dyneema®. These fibers are stronger and lighter than similar materials, such as nylon and polyester, and produce a hoist line that is equally as strong as wire yet 80% lighter, and much simpler to use, allowing mobile crane operators to focus on the lifting, not the line.

The K-100 offers many benefits: 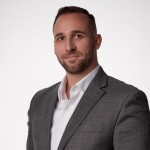